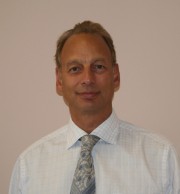 Charles is a Director and also head of the Family Department.  Charles specializes in all areas of family law and assists clients in a range of civil matters. 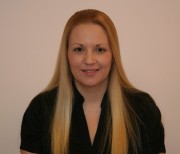 Hollie graduated from Northumbria University in 2004 and qualified as a Solicitor in 2007.  Hollie joined the firm in 2010 and has continually worked in Sunderland throughout her legal career.

Hollie is a Director and head of our Property Department and is responsible for the day to day management of the property team.  Hollie also deals with business matters such as small business sale and acquisition and dealings with commercial premises including drawing and approving commercial leases.

In addition, Hollie is also head of our Wills, Trusts and Probate Department.  Hollie has a great deal of experience in the drafting of Wills and the administration of estates.  Hollie specialises in dealing with elderly client work including Lasting Powers of Attorney and Deputyship Applications to the Court of Protection.
Hollie is committed to delivering the highest level of client care and professional standards to each of her clients.

Jonathan has been with the firm since 2001 and specialises in civil litigation.

His work has a focus on landlord and tenant and housing disputes, dealing with cases on behalf of both landlords and tenants.  He also assists clients in pursuing claims for personal injury and a range of other civil matters, including breach of contract, debt recovery and professional negligence claims.

Away from work Jonathan enjoys good food and makes up for this by being a regular in the gym.  He also chooses to ruin his Saturday afternoons by holding a season ticket at Sunderland AFC.

Shaunna joined the firm in 2009 as an apprentice.  She has progressed to become a paralegal in our family team dealing with a range of matters including divorce, child protection, contact issues and harassment matters.

Shaunna is currently undertaking her law degree at Northumbria University.

In her spare time Shaunna enjoys socialising with friends and family.

For further information and advice get in touch